Have been really disturbed today by the image of the little Syrian boy whose body was found on the beach the other day. I had planned to do some monoprints of my own childhood to run alongside the drips from my dressing up clothes, however I spent the morning painting the beach where the little boy was found, and did a monoprint on it of the soldier/aidworker carrying him. There is something about that universal protective gesture of tenderly carrying a child. Spent a lot of time thinking about protection. Doing the monoprints of my own safe childhood was very poignant. 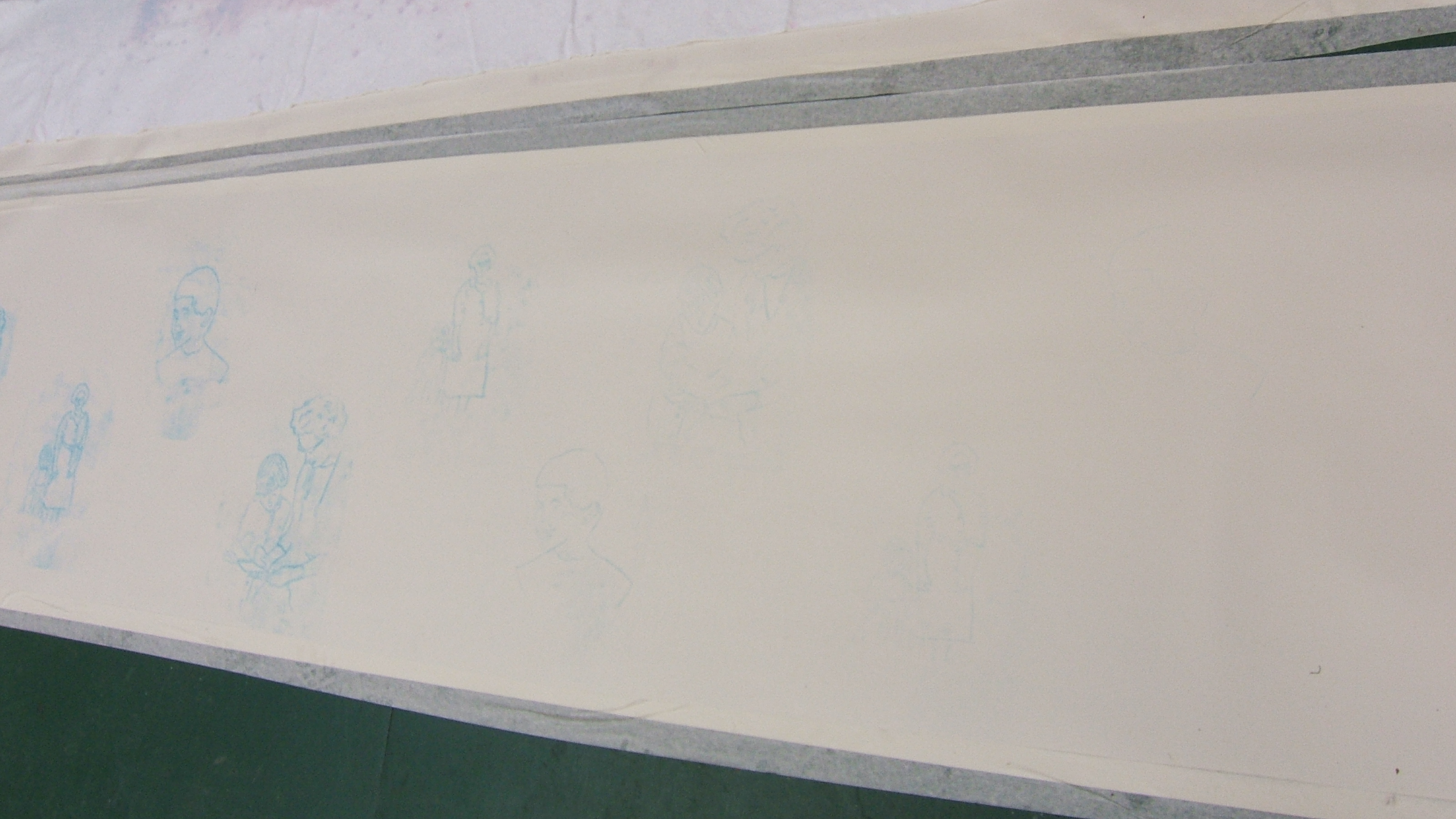