Ordsall Hall has a dye garden with a small amount of woad.  There are not sufficient dye plants there to use at the moment, but I wanted to incorporate dyed yarns into the project I am working on there using colours that would have been used in the medieval period.  Having never used natural dyes before, I bought a woad kit and a madder kit from Wild Colours.

It never occurred to me that I would have to buy a whole new set of equipment. I had planned to use items from the kitchen and an aluminium jam kettle we found in the loft when we moved into the house.  The instructions said to keep dye and kitchen equipment separate, and this is obvious when you bear in mind you’re using poisons and transferring colour! An e-mail to Wild Colours confirmed that I shouldn’t use the aluminium jam kettle either as it might cause the dyes to react incorrectly.  Fortunately I managed to find a huge stockpot in Wilkinsons and a cheap home brew thermometer. I found the other bits and pieces on the equipment list in local shops.

I’ve been planning for weeks to start the dyeing this weekend, knowing I would have the house to myself.

Because I bought the woollen yarn as a cone from Texere and needed it in skeins, I spent some time winding it around the back of a chair. With hindsight I should have wrapped it around two chairs as the resulting skein was very thick and the dye struggled to reach the middle, although this did create a lovely ombré effect. I then had to scour the wool by soaking it in warm water and washing up liquid for a couple of hours to remove any grease.

Then came the exciting part: making the woad vat. This involved mixing a solution of warm water, soda ash and the woad powder, checking the ph with litmus paper, and sprinkling on spectralite (urea: house smelt like an unclean toilet, eugh!). This had to be left at 50 degrees centigrade for about an hour and a half. 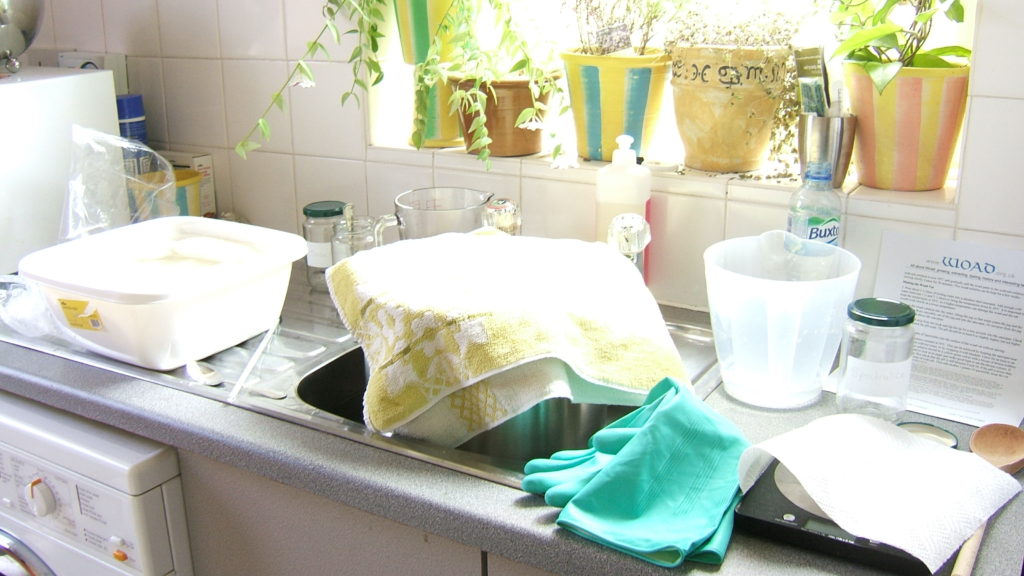 To keep it warm, I put the pan into a sink full of hot water and covered it with a towel to keep the warmth in, topping up the hot water as necessary. According to the instructions the vat would be ready when the solution was a yellow green with a bloom of bronze bubbles.  Mine was a bit more purple, but there was a definite bloom. 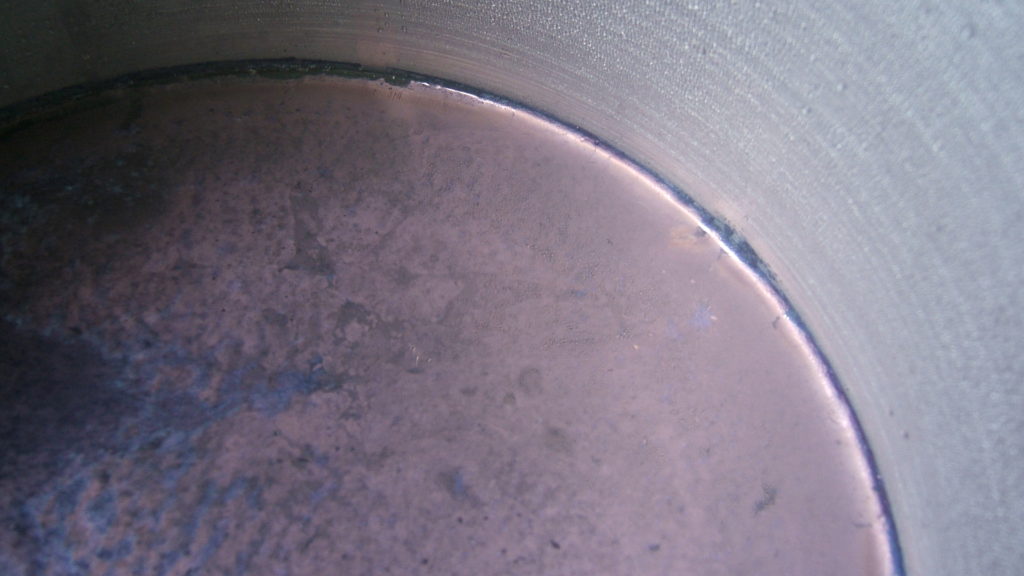 I then put the first skein in for ten minutes, squeezing it tightly as I did so to prevent oxygen entering, which I did without realising why.  After 10 minutes the skein went a blue/green/straw colour but I removed it, squeezed it tightly as instructed and dropped it into the collander. 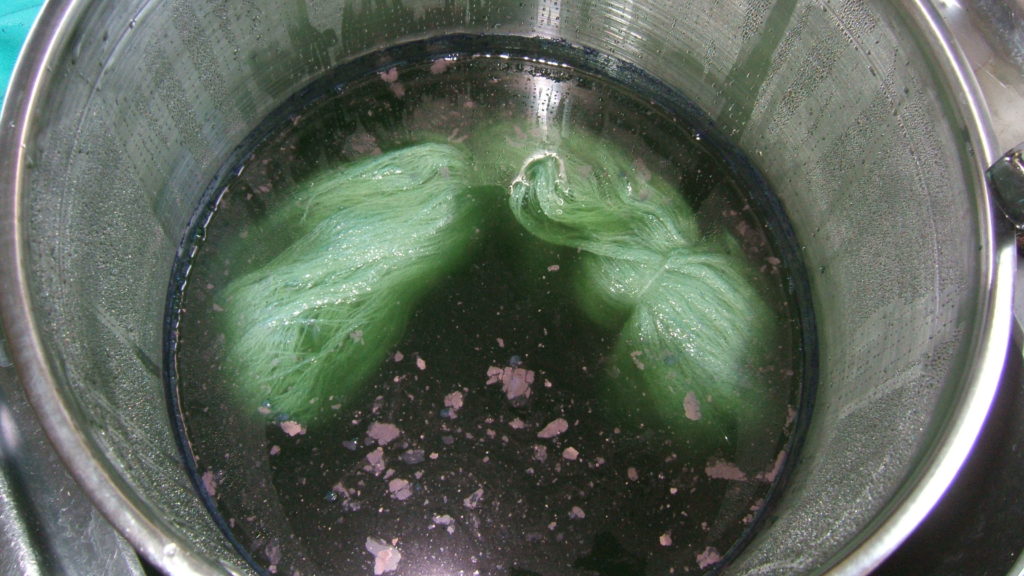 And then magic! It turned blue in front of my eyes as the oxygen was drawn into it. Pretty amazing!

I’m very pleased for a first attempt, although I think I might have rinsed it at too high a temerature and felted some of it together by mistake. Will find out when it’s dry and I wind it into a ball!

One thought on “Dyeing with woad for Ordsall Hall”