I am embarking on an interesting project to find out more about a group of Basque refugee children who came to Salford following the bombing of Guernica during the Spanish Civil War. I am particularly interested in memories of local people who would have been children at this time. Now, I know it’s a bit different to ripples and erosion, and pristine white velvet snow so I’m going to try to explain how someone who found history boring at school has suddenly started to research the Spanish Civil War!

As a teenager I watched the film “The Prime of Miss Jean Brodie” and was struck by reference to the Spanish Civil War because I wasn’t really aware that there had been one, although I had heard of Franco.  I bought the book but didn’t learn any more. Something resonated with me, though, and I had a gnawing sense that I wanted to dig deeper. I didn’t, of course!  Then around 2006/7 I saw Guillermo del Toro’s film “Pan’s Labyrinth” which is set against the back drop of the Civil War. This stirred that old romantic interest in the subject and I followed it up by watching his “The Devil’s Backbone” set in the same period.

A trip to Barcelona by train stirred this feeling again, particularly when at  Cerbere, the station on the border where many of the International Brigade entered Spain, the Border Police got on and searched the train!

On my return I taught a printing class and used paintings by Jean Miró as inspiration for print designs. By learning about Jean Miró I became even more aware of the devastating impact the Civil War had on the nation and people of Spain, and how he was affected by it. Picasso too, whose painting Guernica  is a visceral depiction of the horror that civil war can lead to.

So, gradually, I have been building up my knowledge.  For me, the best way into reading “proper” history books is via fiction and biography.  I received Javier Cercas’ “Soldiers of Salamis” (slow start, nearly put it down, but glad I didn’t, really good), Laurie Lee’s Trilogy “Red Sky at Sunrise”  and George Orwell’s “Homage to Catalonia” as gifts, so I had a cracking start to my research.  I then saw a review of Peter Day’s “Franco’s Friends: how British Intelligence helped bring Franco to power in Spain” and put it on my Christmas list! A very interesting book, if a little dry, based on recently released documents from the National Archive, the Imperial War Museum, British library and Private Collections.

At a local festival as Nana Knitwit, I took a quick break during a quiet spell to look at the stall next door – the Working Class Movement Library – and amongst their publications was a little book called “From Manchester to Spain” by Bernard Barry, so of course I bought it.  It was reading this that alerted me to the Spanish children and the Salford connection.

In June 1937, 4000 Basque children arrived in Southampton as refugees and were dispersed around the country in “colonies”.  One of these colonies was in Salford at Harold’s Memorial Orphanage, now demolished but only five minutes walk from my home, and they were taught at the Local Quaker Meeting House, now a British Legion building just a little further on.  I realised that it is exactly 75 years since they arrived. Did anyone remember them? Somebody should organise a celebration I thought!  I mentioned the children to my friend’s mum (age 83) and she was delighted to be asked. She remembered being 9 years old and leaving hospital after a bout of mumps. She went with her friends to look at the refugees because “we thought they would be exotic but were dead disappointed because they looked just like us!” 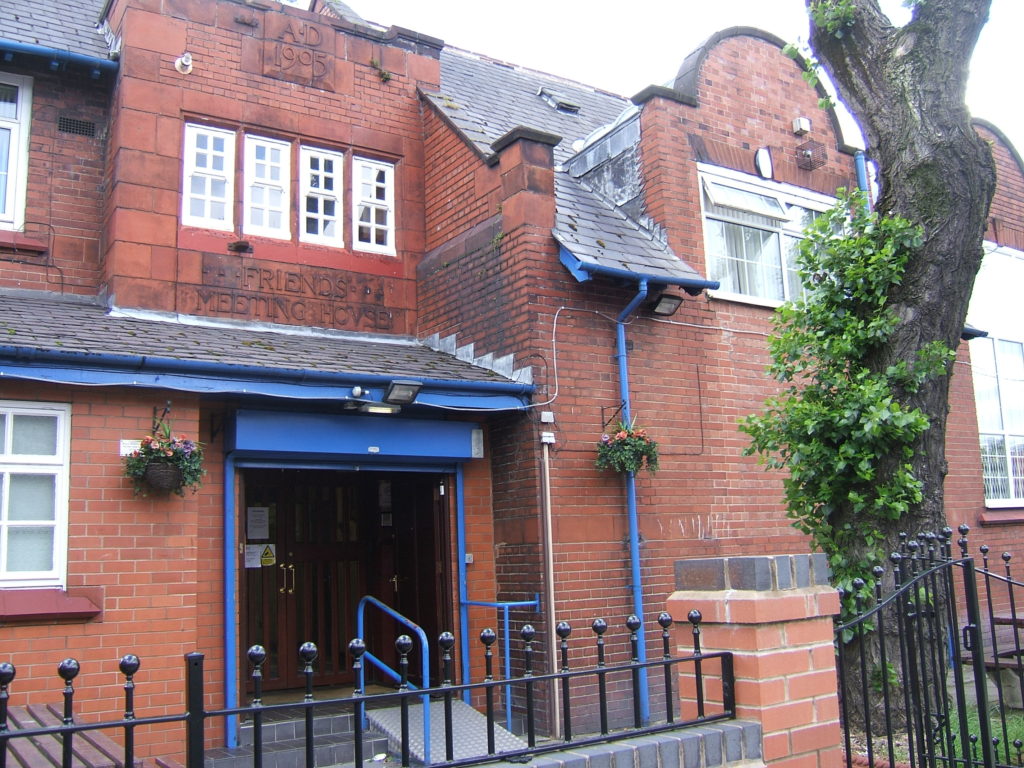 I felt I should let people know about this 75th Anniversary because it’s a little bit of Salford history that was overtaken by the war and forgotten, and that maybe someone should do something about it.  I then met a really great guy called Lawrence at the opening night of the Cow Lane Exhibition. He has set up the Streets Museum, an online archive of the 1000 lost streets of Salford – streets that have been demolished over the last 60 years – and their fragmented and dispersed communities, inspired by The District Six Museum of South Africa. He basically did it because it needed doing and it needed doing now before all those memories were lost.  So, inspired by Lawrence, I have decided to make a piece of art based on the Basque children in Salford. Anyone who remembers them will be in their eighties and nineties, and I need to tap into these memories sooner rather than later.

And! After talking to artist Julie Foley an artist at Cow Lane Studios, it does fit in very well with my investigation of memory and the way it changes and fragments over time. I’m just approaching it from a different perspective…

4 thoughts on “Basque Children in Salford 1937”